At Treasure Coast Miata we've found over the years of racing Spec Miata and Chump car endurance racing that the current offerings from Mazda and the aftermarket are just not lasting very long. We are now rebuilding used Upright/Knuckle and Hubs for all our cars and customers cars. we can restore them to better than new performance because of how we blueprint them.

All of our Upright/Knuckle and Hubs are select used refurbished stock from our quality used parts inventory. They are built for race cars, track day, auto-x, and performance street car use. We use only the finest new SKF Bearings.

We are offering two types of uprights, a racing upright and a street version. Both offered uprights include new racing approved wheel bearings while the street upright retains the stock heat shield and addition of new rear seal. For the race version you are upgraded to ARP studs with the deletion of heat shield and no rear seal for optimum rotation with as little friction as possible.

As an added benefit we have found that there is a significant "rolling resistance reduction" by "blueprinting" the front and rear hubs on the Miata (we offer the front hubs also).This unlocks horsepower giving you greater acceleration and end of the straightaway speed. Be better prep'd than the other guy and buy the best hubs you can. No core required at this price! 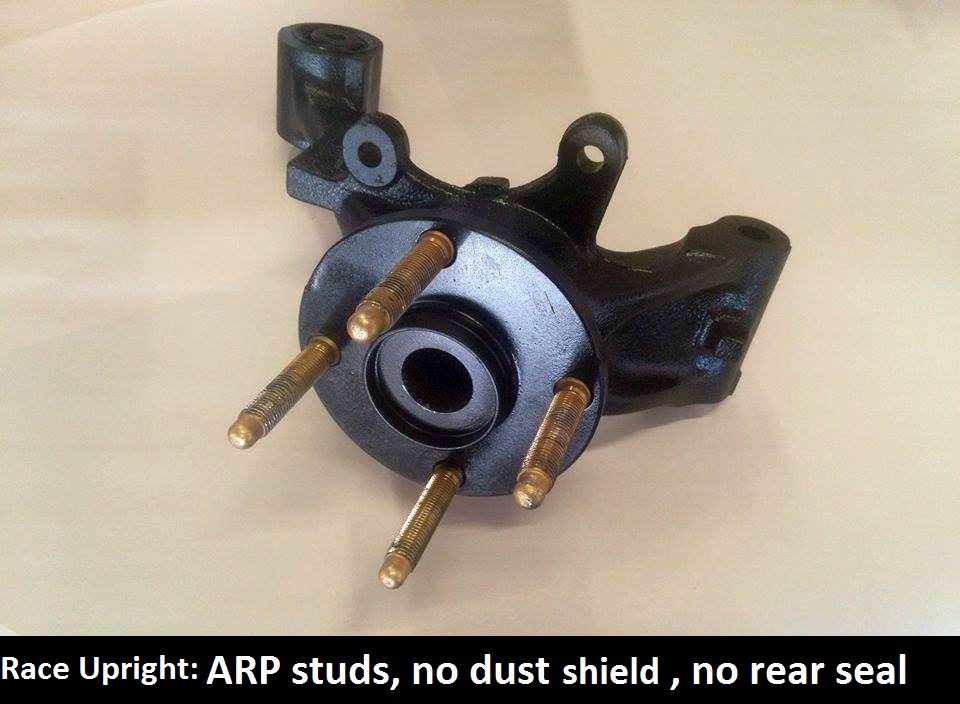